For those  who are fascinated by the past, or who write about it or who just want to reach out and touch history – I have a recommendation for you – The Landmark Trust.

I’m just back from a stay in one of their properties – Calverley Old Hall in the village of the same name just outside Leeds. This ancient manor house is now stranded in the middle of 20th century development which only added to its air of faint melancholy and mystery.

The part of the building we were staying in was built at the time of the English Civil War, so we spent our evenings beside the massive hearth dating from about 1640 (see below) or enjoying a bottle of wine at the long table under the beams. But that’s not the best bit – part of the building goes back to 1300 and there’s a 15th century Great Hall and chapel (seen above) and a heart-wrenching story about a father who, in 1604, lost his mind and killed his two sons (and came to a dreadful end). True, the older parts are only viewable from the outside and through the windows, but the entire place was priceless for firing this writer’s imagination. 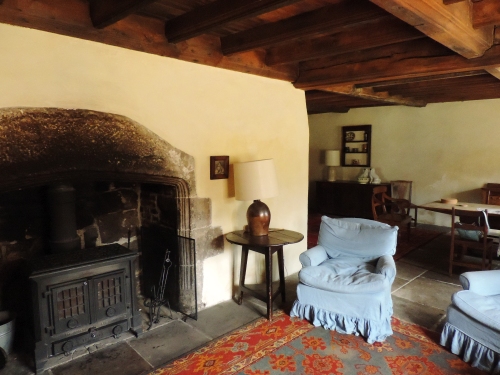 The Landmark Trust specialises in saving historic buildings which have lost their purpose and, in some cases, almost their hold on existence. They restore what they can and convert, with integrity, the building as holiday accommodation. There is no TV or radio, phone or wifi, just peace, atmosphere and a well-stocked library relevant to the location. The decoration and furnishing is true to the building as well, with a seemingly endless supply of characterful antiques and near-antiques from their store.

Calverley Old Hall was our 6th Landmark and we are already looking forward to number seven, The Bath House, a mid-18th century folly near Stratford on Avon, built over a bathing pool formed from a natural spring. (One half of the party is completely unimpressed by my remarks that 18th century gentlemen would have splashed happily in the pool in a state of nature and is refusing to assist with my researches into this.)

The others? There was The Pigsty (above) overlooking Robin Hood’s Bay – a miniature Classical temple with a spectacular view built by an eccentric farmer in 1891 for some very pampered pigs. You can see the view below: 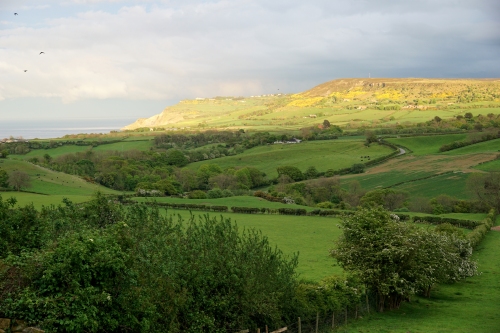 Lock Cottage (below), built 1790/1815 on the Worcester and Birmingham Canal, has a wheelbarrow provided to transport luggage and provides all the entertainment of watching the passing holidaymakers negotiating the flight of locks with various degrees of skill (and colourful language). 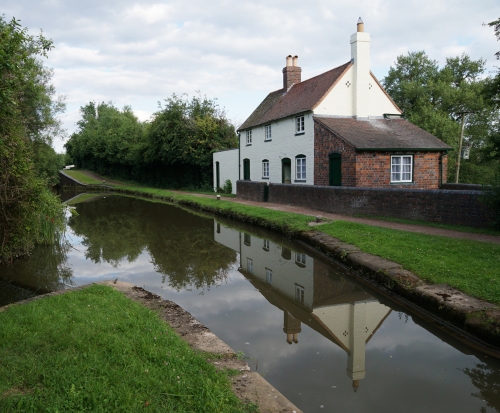 Iron Bridge House (about 1830) is right at one end of the famous Iron Bridge. It is the building right in the middle of the picture.

There were lovely glimpses of the river and close-ups of the bridge itself  as you can see through the right-hand living room window. 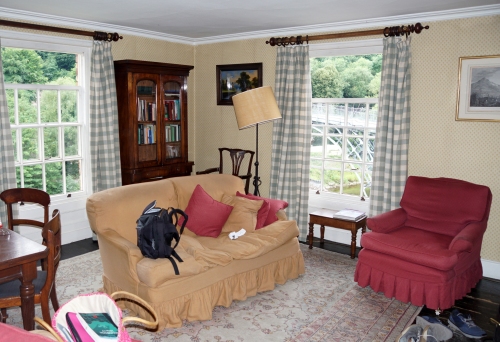 Then there was Beckford’s Tower overlooking Bath with spectacular views from the top of the tower, all 276 feet of it. 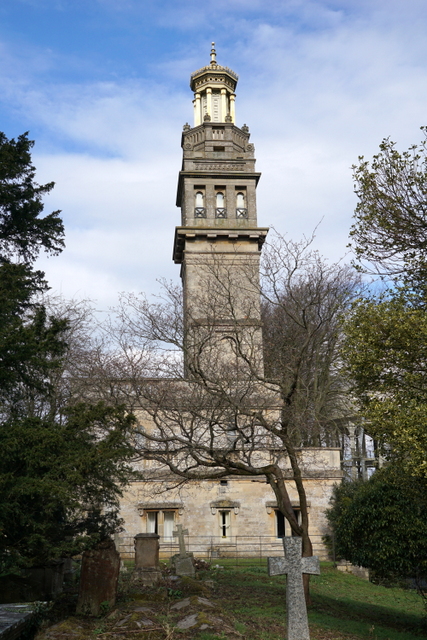 Built by eccentric connoisseur and collector William Beckford it was later given to a Bath church as a graveyard, so one could lie in bed, or in the bath on the ground floor (middle window), and virtually read the gravestones. A little macabre perhaps, but no ghosts were encountered. The living room (below) has been decorated in a colour scheme true to Beckford’s Regency taste. 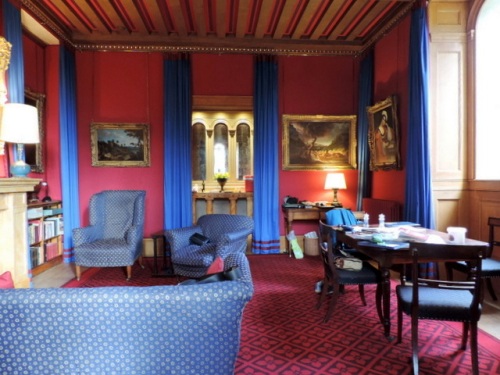 Finally we enjoyed the Prospect Tower, built in 1808 near Faversham by General, later Lord, Harris of Seringapatam as a folly and tea house. In the Edwardian period it became a changing room for the 4th Lord Harris who was an enthusiastic cricketer. It still overlooks the cricket pitch of his home, Belmont Park.

There is something very special about living in ancient buildings, I find. Partly it is the tranquility and the lack of modern distractions so my mind can wander freely, part is the thrill of imagining the past inhabitants who looked out of this window, or huddled round that fire in flickering candlelight or gazed out over that view. Why not give it a try?

4 responses to “Living In History”